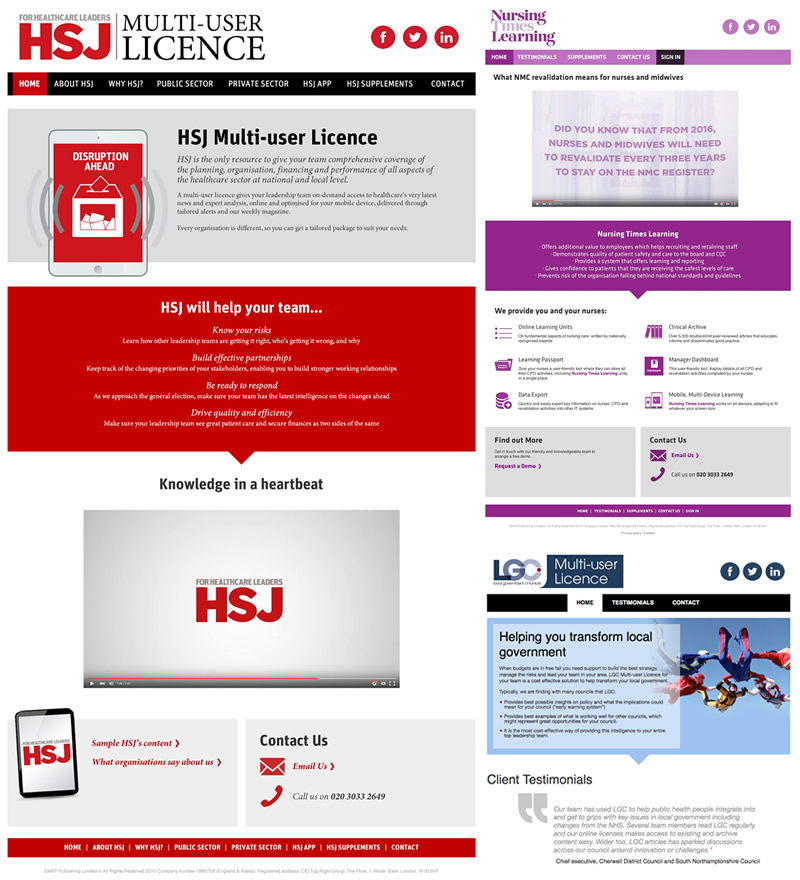 If ever there were a thumbnail that didn’t deliver, this would be it. ‘Disruption Ahead’, it says. And these are about as disruptive as a puppy asleep in a basket full of cotton wool. It’s always weird when I work for EMAP (which I still do every now and then), as I used to work for them proper in 2006. That was before Bauer came calling in 2008 with their Deutsch vorschlaghammer and smashed them to bits (by which I mean bought all the radio stations and fashion magazines and left behind Bricks and Mortar Almanac).

Of course, there’s still life in them yet, just the B2Bness of it all can get a bit cabin fever. Says the man who stays in his own house for approximately 23 hours a day, on average. All nice people to work for, though. And I suppose you don’t get the arrogant swagger of Johnny Bigshot who thinks he’s some kind of media prince because he muddles through trafficking the ads on KISS. I’ve seen them. They exist.

These lot are responsive microsites, which I’ve already said but you probably weren’t listening. All kind of running off the same template but with a few tweaks per brand here and there. Health Service Journal, Nursing Times and Local Government Chronicle.

So I suppose if I’m about to die somewhere nearby, I reckon I’ll be Ok.