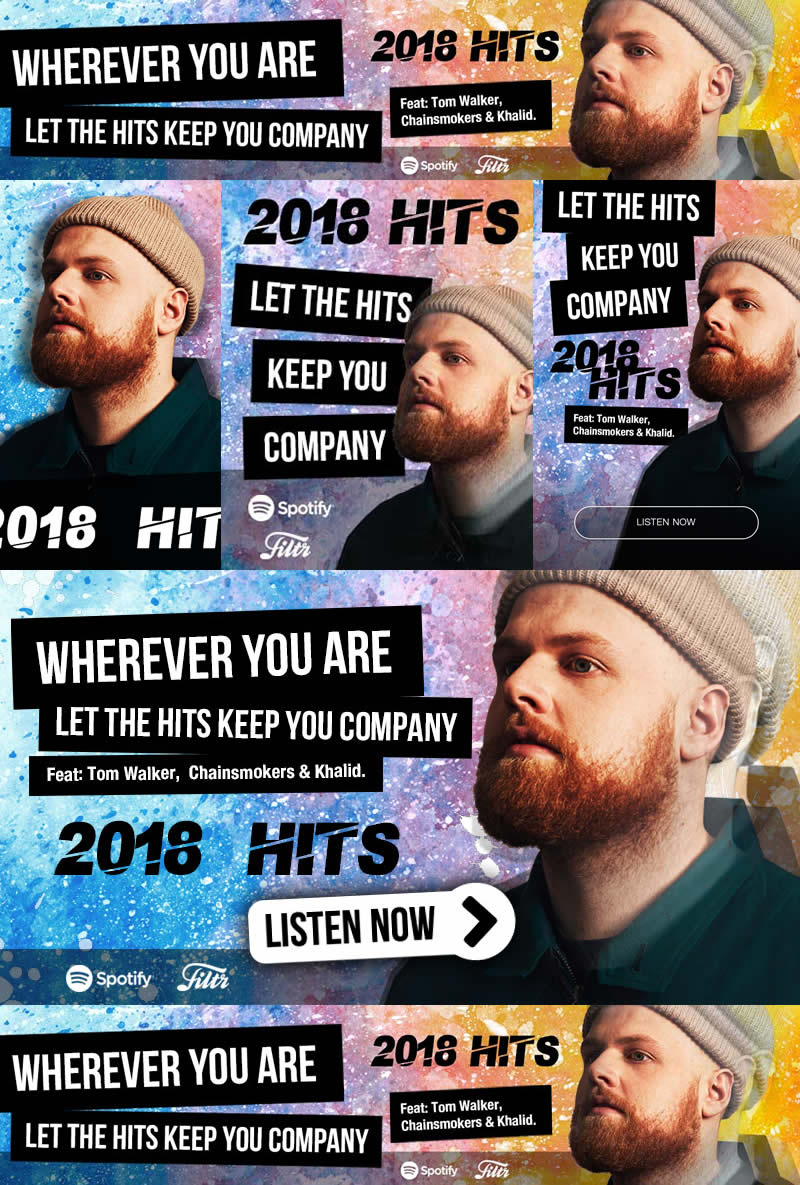 This was for Sony and what’s mental about it is that the same image of Tom Walker is being used to this day as official and current. The music industry is so fast moving, so I find this absolutely insane. Your man there with the one picture in the beanie, yeah? IIIIWILLLLEAVEALIIIGHTOOOONNN. Still the only Tom Walker song I know.

What’s more troubling than any of that is the fact that his debut album is called ‘What a Time to be Alive’ without any trace of irony. I mean, this is a staple of social media – use this phrase when something chronically uninspiring has happened. OMG, what a time to be alive! Look at that album cover. It’s a reproduction of the only photograph of Tom Walker ever taken, comprised of L. S. Lowry-style matchstick folk. It’s not tongue in cheek. Dear oh dear.

Let’s face it, Tom Walker should be the owner of a microbrewery in Buxton and his half-arsed Sheeran-lite, faux American accent audio slurry should only be getting airtime down the Dog and Duck once a month, if even that. But here we are. This guy is a millionaire. Well done, marketing team.

This is why marketeers are the worst people on earth. They convince people to spend money on stuff that’s rubbish. And they know it’s rubbish. Fair play to them for the con job. You’ve convinced large swathes of people that Mr Twit is the future of music.

I swear you can see the sardines in his beard.

PS Can I just shock you? I don’t hate Tom Walker at all. I hate the people that buy his material, and the people that promote his material. In my opinion the music is terrible and they’re terrible, but that’s not Tom Walker’s fault. Tom Walker is doing his thing and fuck people like me who have a problem with it. Thanks, everyone.