Ah. Christmas. Magic, isn’t it? Is it bollocks.

I don’t think I’ve enjoyed a Christmas since 1994. I reckon it’s something to do with the fact that when I was at school Christmas was a three week drinking binge with my friends. Sort of a payoff for going through the interminable September to December grind. Nowadays, my binges tend to range from September to December (and subsequently January to September) and the work doesn’t stop. I’m not complaining about that, you understand. Just because now that I’m a (borderline) adult, I can kind of do all that whenever I like. So Christmas can largely do one. In fact, with so much of my work coming from radio, it’s actually worse at Christmas. When I get an out of office on the 19th December telling me they’re not around until the 4th January I have to summon up all my mental energy not to just flip my desk in rage and set my house on fire.

One glancing look at this and you can see ‘James Morrison’ and ‘The Corrs’. If you’re anything like me, you’ll have got confused and thought The Doors had somehow reformed. I did that multiple times. And I made this.

You might notice that with the above image I’ve sliced Ronan Keating right in the face. That was deliberate.

I’ve also just realised that I did a load of stuff for the event as well. It was only last Christmas. I’m seriously losing my mind. 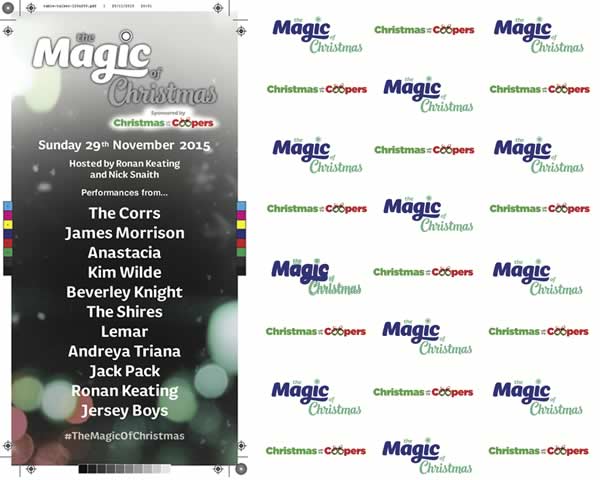