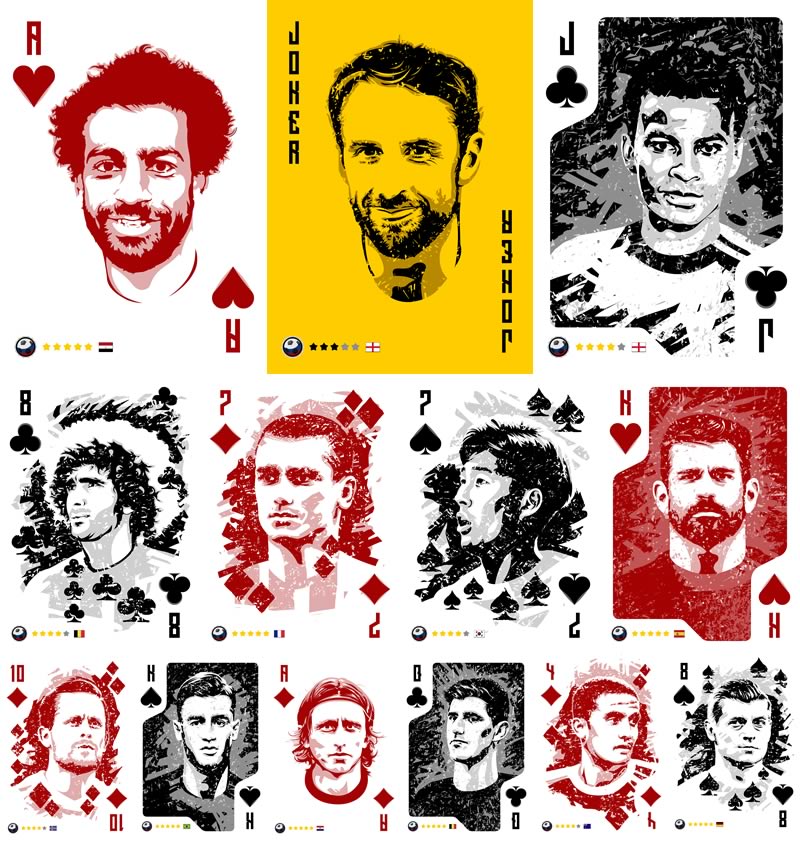 Well, this one is fairly strightforward, isn’t it? No. I mention this elsewhere, but it was a living nightmare. Ordinarily there isn’t a time limit on this type of thing, but if you’re making something that references a tournament that only goes on for a month, you kind of miss the boat a bit if you don’t have it available for the duration of that tournament.

As the whole point of this excursion is the squad numbers matching the card numbers, that all has to be factually accurate. Otherwise it falls down. And guess when the squad numbers had to be finalised by? Ten days before the first game kicked off. Ten days. Ten days to draw 54 cards.

Naturally you can cheat a bit by doing your research. Narcotic kingpin Rafael Marquez having been Mexico’s number 4 in every international tournament he’s a ever played in (a knee-shattering 18 in total) kind of points to him being number 4 in this one, for example. Also, you get stuff like the ever efficient Scandinavians submitting their squads three weeks early.

But then dickheads like South Korea and – ironically – England come along and leave it until 2359 on the last day to get theirs registered.

All I can tell you is that this page got approximately 1000 page refreshes during the summer of 2018. 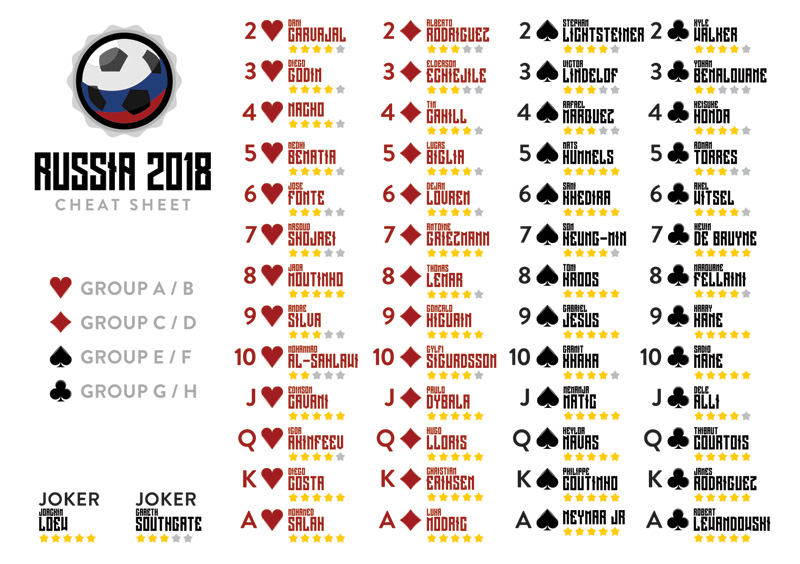