Shut it, you muppet / slag / toilet. I live down the road from Highbury, you know. Gah. The Emirates. And in that ten years, I’ve never been there once. I think mostly because I don’t want to remortgage my house. Plus I don’t really want to go and watch my team get annihilated when I can watch it in the comfort of my own home, crying into a bag of salt and vinegar Squares that cost less than ten quid.

These are the biggest of the Londons, but I do feel retrospectively that Crystal Palace, QPR, Charlton, Brentford, etc. could’ve been in if I’d have swtiched around the suits a bit. Maybe I was stuck with it. It was a while back and my memory is disintegrating by the day.

During research, I read a weird report / survey on the subject of rivallry and how it works. The most interesting thing about it was how some fans thought their ‘traditional’ rivals weren’t even worthy of their time. Essentially, if you ask a Spurs supporter who their main rivals are, they say Arsenal. Ask Arsenal and they say Chelsea. Chelsea say Arsenal rather than the more geographically obvious Fulham. West Ham are Millwall, but everyone hates Millwall*, so nuts to them.

What can I say? People are idiots. including myself, who missed William Gallas, despite him playing for three of these teams (though he was a central defender and played number 10 for Arsenal, so actually he can knob off).

*This is a joke, Millwall people. Sorry. Please don’t hurt me. 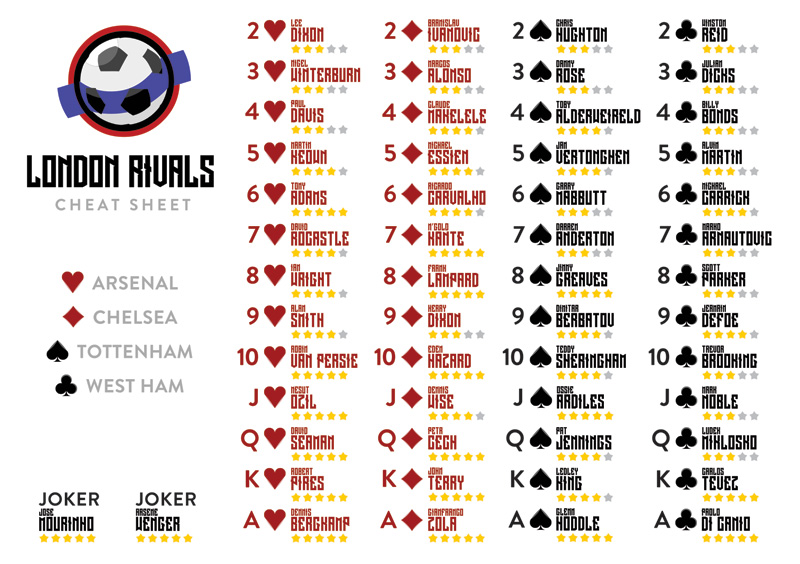