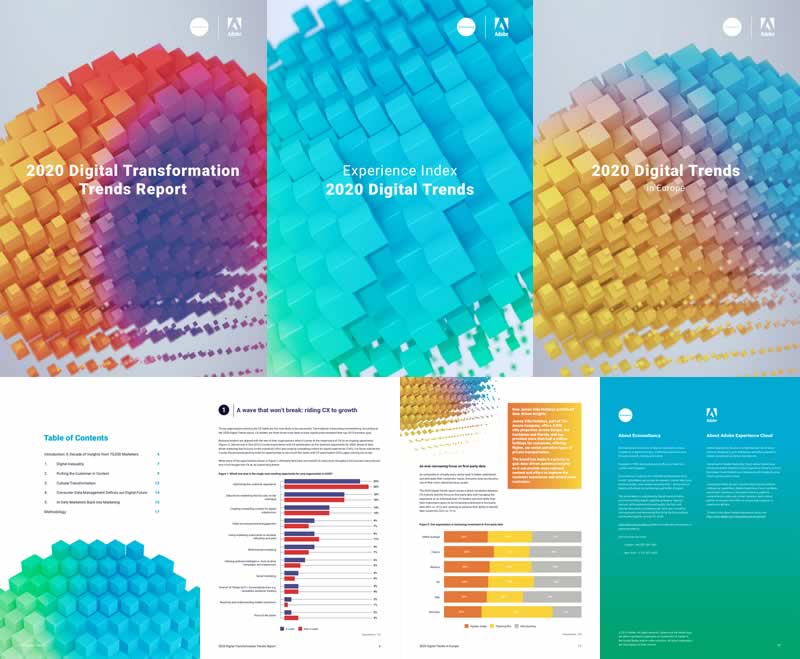 Adobe. The holy grail. Sort of. Brought to you in conjunction with Econsultancy. Ah.

The first thing we need to note here is that I didn’t make the 3D cube business. Taking credit for someone else’s chops is a dick move and that’s not my bag. Well, I say that. My dick moves are rich and plentiful, just largely confined to the karaoke establishments of north London after hitting the jars. Nobody goes karaoke sober now, do they?

My job with these was organisation. Anyone that knows me would be coughing coffee all over their laptop screen at the idea of someone paying me to organise something, but my theory is that a person has a set amount of organisational energy in them, and mine goes onto stuff like this. Hence why my bedroom floor is also my wardrobe. And simultaneously my washing basket if we’re being honest.

Forget all that. These things were mostly massive (20+ pages each) and there were at least ten of them. What I had to do is fathom out badly formatted Word documents and convert them to PDFs with all the Adobe supplied graphics knocking about. With so much information flying around, it was so, so easy to get confused. You’ve got multiple amends coming in from multiple sources and before you know it, your brain is a pile of useless pink slime, dribbling out of your ears. If you’ve seen the Black Mirror episode ‘Playtest’, the bloke at the end of that.

So mistakes were made. Arguments were had. I’d like to say it was enjoyable but it really wasn’t. I was nearly graphed to death, as well. Had to set up a GoFundMe to get through the trauma.